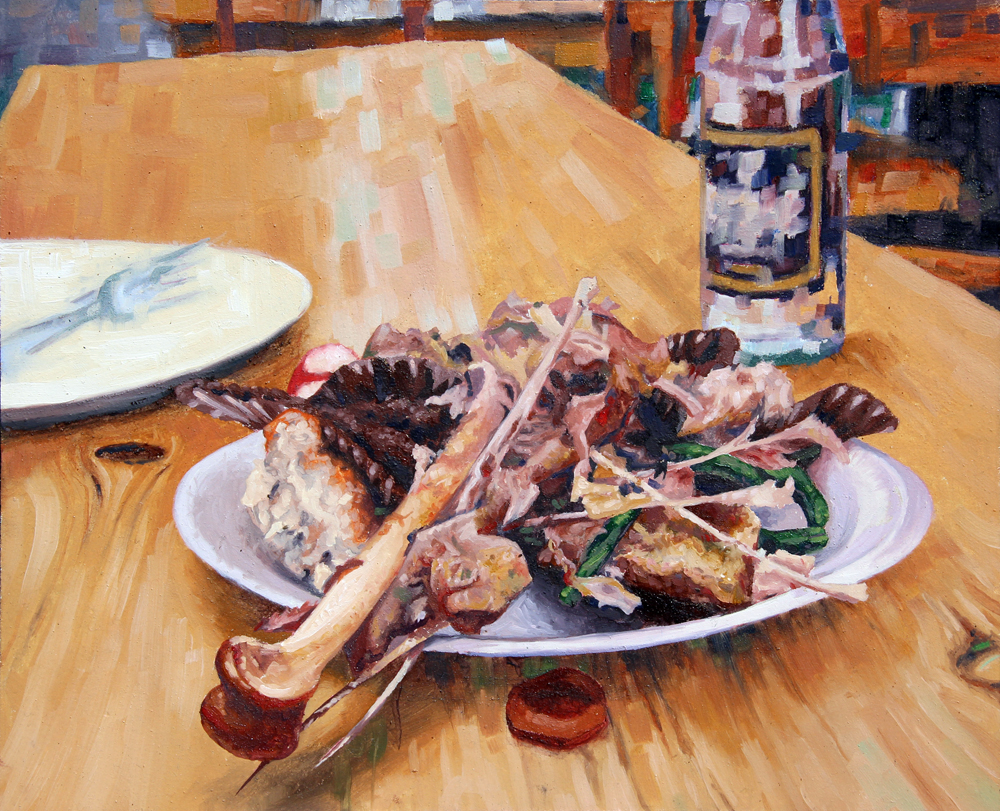 This post is about the 3rd month of our service in Rwanda.

November was the last month of Peace Corps training. It felt like the last third of a culture shock marathon. We had been learning an entirely new way of living and we were just ready to be done. We were so ready for some independence and relaxation. We felt like we had been treated like tiny babies for 3 months. For example, one day a few of us were walking by the market and some men were grilling up delicious corn cakes. We bought a couple and hid in an ally-way to eat them, because in Rwanda you can’t eat outside. This cultural rule has something to do with how eating food is a sign of weakness, so you only eat indoors or on buses. Anyway, the next day we got lectured by our instructors because villagers had called and told them that we ate food at the market. I tell you this story as an example of the little cultural things that really weighed down on us. We just wanted to try some cakes, but we lacked the autonomy to do so.

Training ended about a week after Thanksgiving. It was our training group’s first holiday away from our families and we all spent the holiday together. We were allowed to cook our own Thanksgiving meal, which was the first American food we had eaten in three months. However, cooking in Rwanda isn’t the same as in America. We couldn’t just go to Wal-Mart and buy a frozen turkey. JD, our Program Director, showed up the day before with 8 live turkeys. We slaughtered them ourselves, which was a very new experience for all of us. It took us a couple of tries to efficiently kill them. It was as humane as we could manage as inexperienced butchers. We plucked them, and I personally dressed (gutted) about 5 of them. I will never forget the smell.

We soaked them in brine, and then cooked them overnight buried in a pit of coals.

Eating that meal felt like the end of training. All we had left was to take our language exams and then we would all go to our sites where we would be able to have our own space and finally live our own lives. 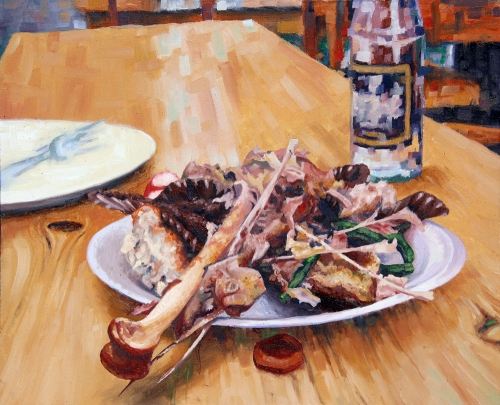 My painting for the month is of a finished plate of food. It is meant to symbolize how we all felt after training was finished. We were exhausted and relieved. Similar to how it feels to finish cooking and eating a giant meal. Finally we would be able to relax and have some time for ourselves.

One thought on “A Peace Corps Thanksgiving.”