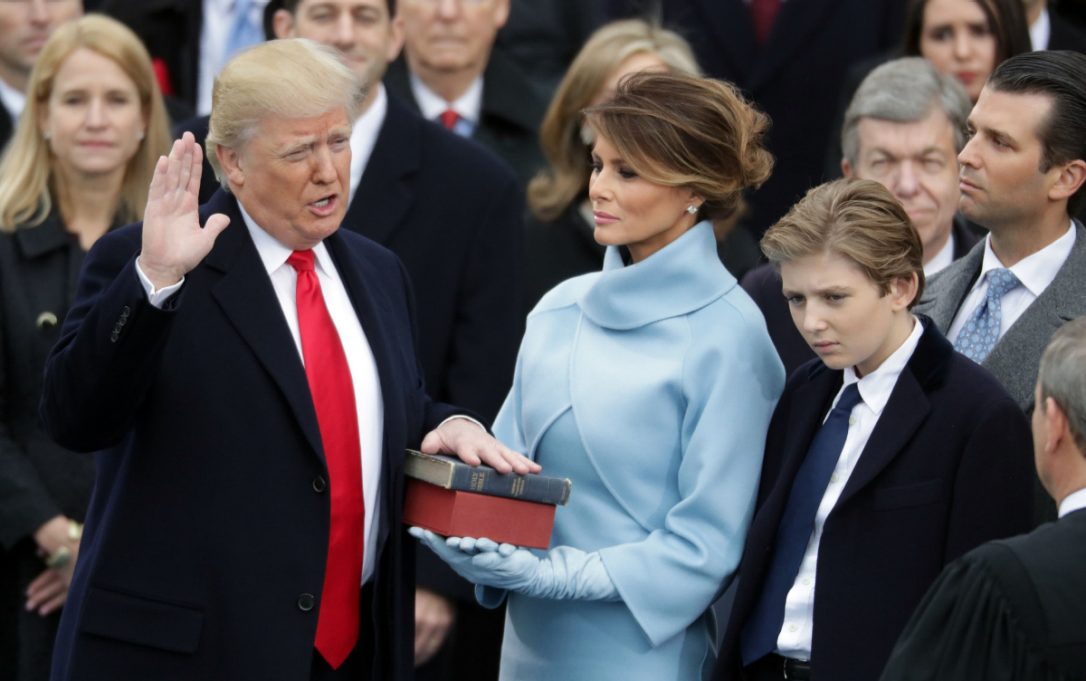 Eight years ago, Conservatives in America shouted cries of “Not my president!” as Obama stepped into office. Now Liberals are declaring the same thing.

Donald Trump is my president, and he is your president too.

I did not choose him, and I disagree with almost everything he says. Most Americans voted against him. Russia likely had much more impact on the election than I did. Even so, I will show him the respect that his office deserves. I will not mock him. I will not call him Hitler or the Anti-Christ. I will not maximize his misdeeds, nor will I minimize any good thing he may do. I am shocked by how much Obama has been dragged through the mud for his notably respectable presidency, and I refuse to turn around and do the same thing to a new president who is representing the people who elected him. Donald Trump is being exactly who he has always been. If I have a problem, it is not with Donald Trump, but with the culture under which he was elected.

Donald Trump is my president, but he is not my king.

A president is respected, but a king is served and followed. Christ is, and always will be, my king. Today I watched Trump swear with his hand on a Bible and say “America first!” I could not disagree more. I am a Christian before I am an American, and God cares for all of his children with no regard for our imagined borders and walls. The president can change the law, but my soul belongs to God. I will continue to love “foreigners.” I will continue to reach out to those in poverty. I will continue to speak out against injustice, and care for the fatherless. I will not fear people who are different than me, and I will not put money before human beings. I will not treat women as inferior, or shame them for being women. I will not believe that I am better because I was born in America. Our president may send out messages of hate and elitism, but I will not respond in hate, because I serve the King of love.

Donald Trump is not the enemy, it is Christians who easily sacrifice the love of Christ for a political party who are the enemy. I know this sounds extreme, but there is nothing that I hate more than when someone uses Christianity as an excuse to believe something that is completely contrary to the teachings of Christ. What could be more anti-Christian? We cannot forget that Trump was elected by Christians who believe that Conservative values are Christian values. I have seen over and over again in this election that people will praise God in one breath, and then spout a message of hate and pride in the next. The Republican party wants to close all borders, take in no refugees, cut taxes, take healthcare away from the poorest and most vulnerable Americans, and carry guns around while they do it. That is fine for a party platform, but the fact that they pretend that this is what Jesus wants for us is troubling.

It scares me that people actually believe that Jesus cares more about America than other countries. Nationalism is contrary to Christ. It scares me that a community that cares so deeply about unborn children will so unashamedly, and without any replacement plan, eliminate the very healthcare system which has lowered abortion rates to an all-time low. It scares me that a group of people who care so dearly for family values and the sanctity of marriage based on a Biblical interpretation would criticize the Obama family while they venerate a man who cheated on two of his three wives and has a history of sexual harassment. It scares me that Christians would see a billionaire businessman and TV personality as a moral authority. Financial success is not a sign of Christian leadership.

A good tree does not bear bad fruit, and if the best fruit that Christians in America can produce is Donald Trump, then it has become a bad tree. Christianity in America cannot be rooted in Christ if the fruit that it bears is so far from Christ’s message.

Donald Trump is our president, and that is why it is so important that we cling to the words of Christ, so that we don’t lose sight of the gospel. It is important that we defend Christ against those who wish to use His message for personal gain or to hurt others. It is more important than ever that we love God, love our neighbors, and love our enemies.

Donald Trump is our president, so we need to make it known that our loyalties are only to our King.

6 thoughts on “Donald Trump is my president.”