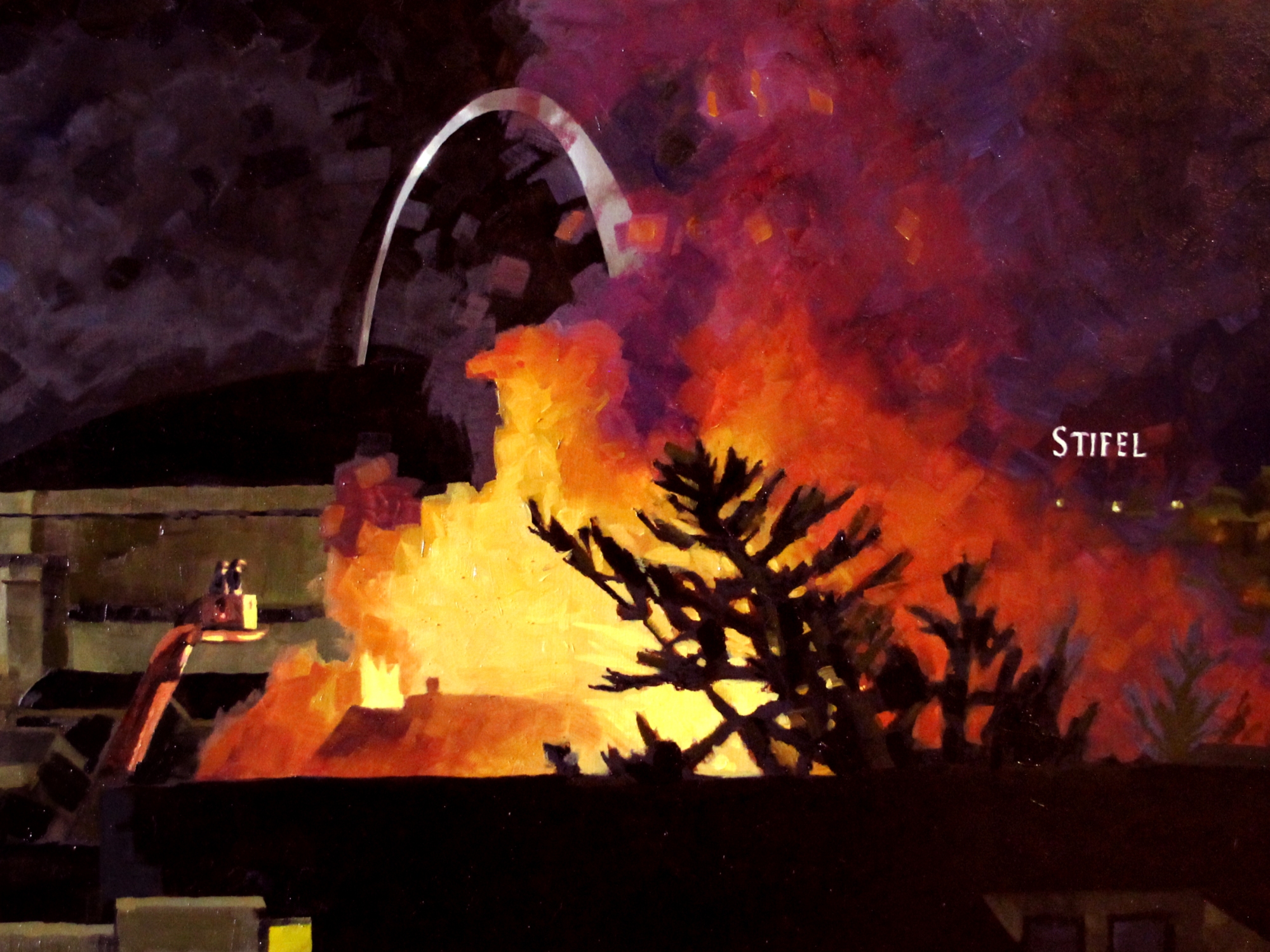 The practice of Redlining in America dates back to the 1930s and before. The term comes from 1935, when the Home Owners’ Loan Corporation created maps of America’s cities and drew red lines around neighborhoods that they deemed “too risky” for mortgage companies to give loans.

These areas were mostly city centers, and predominantly poor and black. It was a way to legally segregate neighborhoods and simultaneously make it nearly impossible for black communities to flourish. It is extremely racist.

A lot of time has passed since those maps were produced, but the act of redlining is still very much alive! I don’t think that government or banking agencies would be so blatantly racist as to pull a red Sharpie out of a drawer and cross out all of the majority black communities on a map, but they might as well.

This study put out by the NCRC (National Community Reinvestment Coalition) shows that St. Louis is not only segregated by race, but the racial composition of a neighborhood continues to be a predictor for the likelihood of home loans in the area. 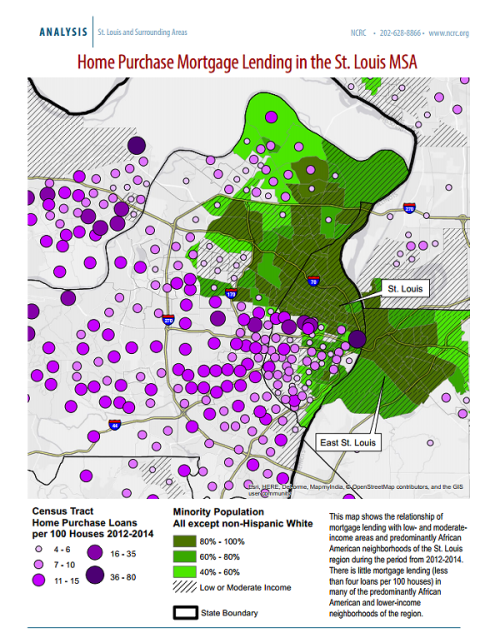 Black neighborhoods cannot thrive because banks will not provide them with mortgages like they will for similar white neighborhoods. Some friends of ours were actually told by a bank that they should consider a different neighborhood when they were trying to buy a house in Old North St. Louis! This makes it extremely difficult to own a home in redlined areas without large cash investments, so the neighborhoods fall into disrepair, and many residents decide that the homes are not worth keeping up. That is part of why there are so many abandoned homes in North St. Louis. The city doesn’t know what to do with them, so they will sell you a house for $1000, and sometimes even give you property for free if you agree to mow it or rehab it! If a neighborhood falls into enough disrepair, then it becomes a prime location for Eminent Domain.

For almost 100 years banks and government agencies have been suffocating black communities, and then ultimately tearing them down to build airports, stadiums, highways, or other publicly used buildings.

So, what do you do if you are poor and you inherit a house in a redlined area? You can’t sell it, because even if you find someone who wants to buy it, they likely will not be able to get a loan. If you can manage to sell it, the value will be way lower than a comparable home in a mostly white neighborhood, making the market value far lower than its rebuild cost. For some home owners, the simplest solution is to burn it down. Many of these homes are more than 100 years old, and electrical fires are not uncommon. If you burn your house down and they can’t prove it was not an accidental electrical fire, then you can get insurance money. Sometimes this can be the only way to get money out of a property. If my wife and I had the correct insurance and our house burned down we could get almost double its market value.

If you were living in poverty and burning your house down would get you $200K, would you be able to watch it fall into disrepair and lose its value while your children go to bed hungry?

My painting, Redline Arson, is based on this concept. A house down the street from ours burned this year. They claimed the insurance money and disappeared. It was an electrical fire. 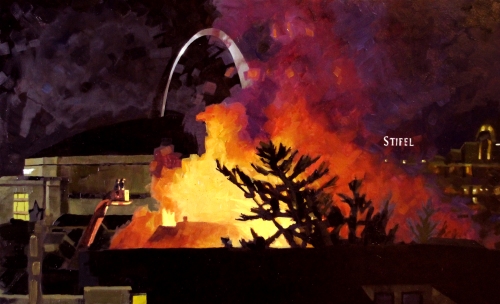 *10% will be donated to the NCRC (National Community Reinvestment Coalition) – Works with community leaders, policymakers and financial institutions to champion fairness in banking, housing and business development.

*10% will be donated to The St. Louis Fire Department