“I’m fine with protesting, but I don’t understand why they have to riot and break windows.”

These words almost always come from people who have never attended a protest, and don’t understand that the protesters did not riot, and they did not break any windows. Even so, why are we so mad about a few broken windows on buildings that are insured and for businesses who had a surge of supportive customers the following week. Those windows were boarded up and painted in less than 24 hours, and they will be replaced in a month or so and it will be like it never happened. Don’t get me wrong, I don’t condone breaking windows, but what about the OTHER windows that were broken in St. Louis?

That is the old Clemens Mansion in North St. Louis City, one of hundreds of historic homes in St. Louis with broken windows or no windows at all. This particular house belonged to Mark Twain’s uncle, and recently burned down, spreading asbestos debris throughout the neighborhood. 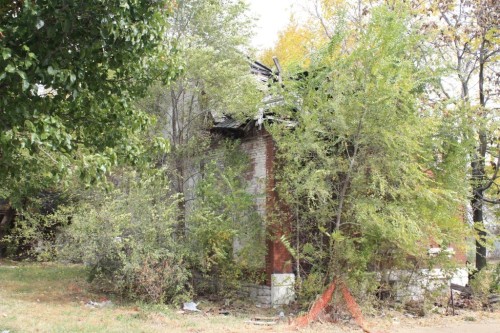 Why is there no outrage about these windows? The North Side is scattered with abandoned, run down buildings. This is part of why people from the outside call North City a “war zone,” and our president has described neighborhoods like this as “Hell on Earth.” But who broke these windows? It wasn’t rioters, it wasn’t war, and it wasn’t done all at once. These homes were destroyed, slowly, for decades, by a system set up by our government called redlining. If you want to know more about what redlining is and how it was established in St. Louis, I wrote a blog about it here. It was purposeful, and knowingly racist. We know that these practices were based on race, because government bodies were more honest about their racism in the 1930s. 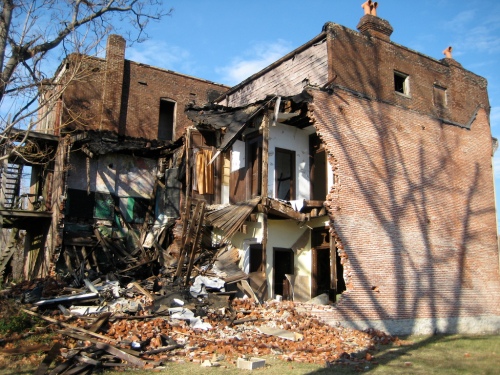 The US government has purposefully neglected black neighborhoods in cities across America for about 8 decades, refusing to give mortgages, business loans, or other banking services. The practice is now illegal, but the damage is done, and new lending policies still overlook black neighborhoods for investment.

I’ve heard a lot of people say, “why doesn’t someone just fix them?” and, “Why don’t we just tear them all down and start over?”

The answer? most of these crumbling buildings belong to one man, Paul McKee. He will not sell them. He will not fix them. He will not tear them down. He has been buying houses in North St. Louis for decades with the purpose of letting them fall apart and devaluing the neighborhoods, and the city condones it, even giving him tax breaks for it.

The city knows what he is doing, but it does not care because it benefits them in the long run and because McKee has city officials in his pockets. Many city planners WANT it to look like a war zone. They WANT people to be afraid of it, and they WANT it to fall apart. They WANT it to be void of new construction, restaurants, and businesses. The plan is that if McKee owns all of the properties then the neighborhood can’t improve, and so people will eventually move out or die, causing it to become more vacated. Eventually, it is so scarcely populated that Paul McKee owns almost everything and the city can eminent domain a large area and build something that it wants. Something that benefits white people, like the new NGA site:

The city bought all of those blue properties back from Paul McKee, giving him a small fortune, which he will use to buy more vacant properties, which will fall apart, which will blight the neighborhoods, which will make the city able to eminent domain them to build what they want. This is nothing new. Busch Stadium, the Convention Center, Highway 70, and others were built where black neighborhoods were eminent domained.

The city does not want these predominantly black neighborhoods to thrive, because that would ruin the racist narrative that has always scared people away from investing in them, meaning that the city would not control them. They want to perpetuate the lie that African Americans live in run-down neighborhoods because of bad work ethic, or welfare culture, or black on black crime, or drugs, etc., and not because rich white men are slowly destroying them so that the city can steal the land one day. 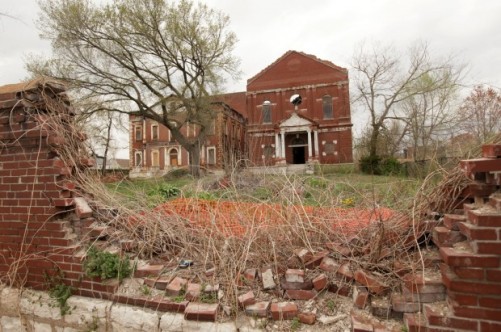 We are protesting police brutality, and people are angry that a few rioters who were not part of the peaceful protests broke some windows. It was destruction of property and that is bad, but if it makes you angry then the thousands of broken windows in North St. Louis which will never be repaired should also make you angry. Otherwise it is not breaking windows which upsets you, it is which windows get broken. 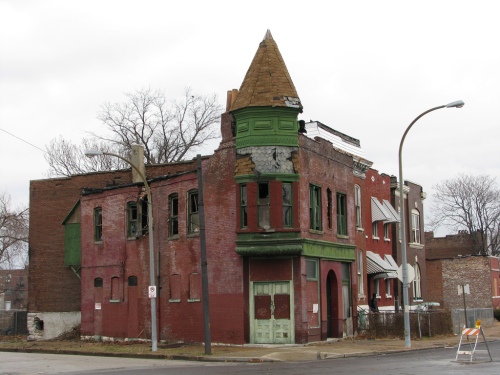 All of the houses in this post, including the Clemons Mansion, belong to Paul McKee.

If you found this interesting you may also want to check out this post: Block these streets, not those.

One thought on “Break these windows, not those.”